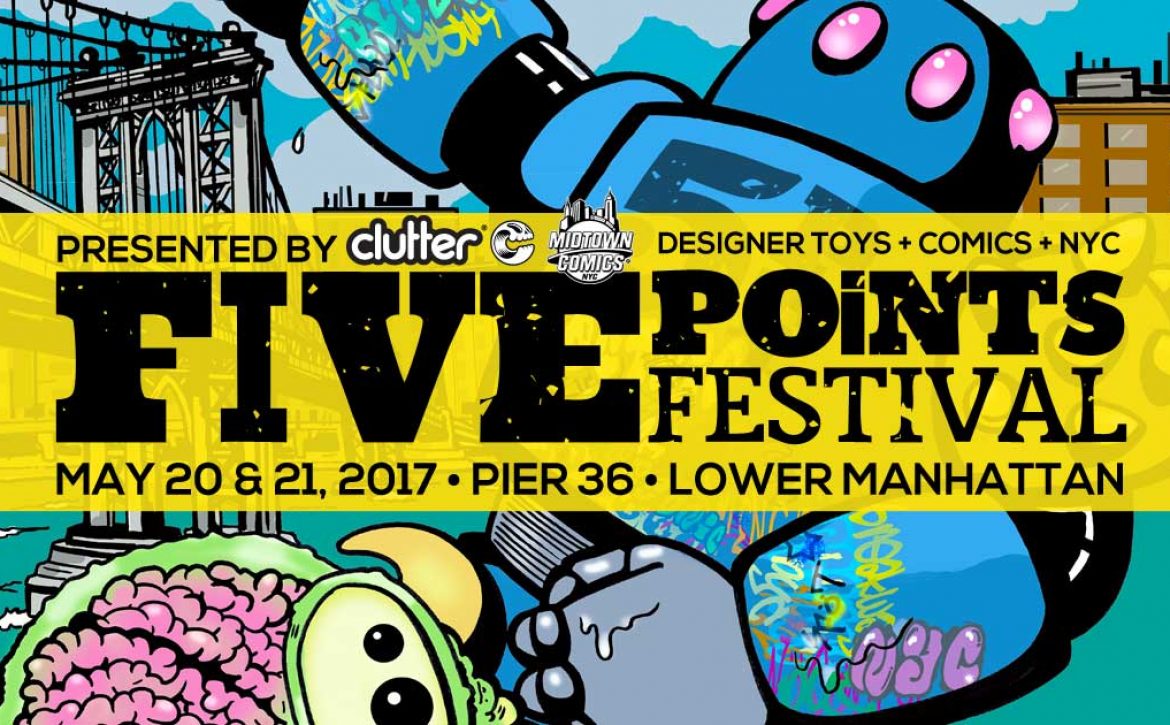 See who will be exhibiting at Five Points Fest HERE! And check back for updates on more exhibitors, plus the exclusives they will have at the show! 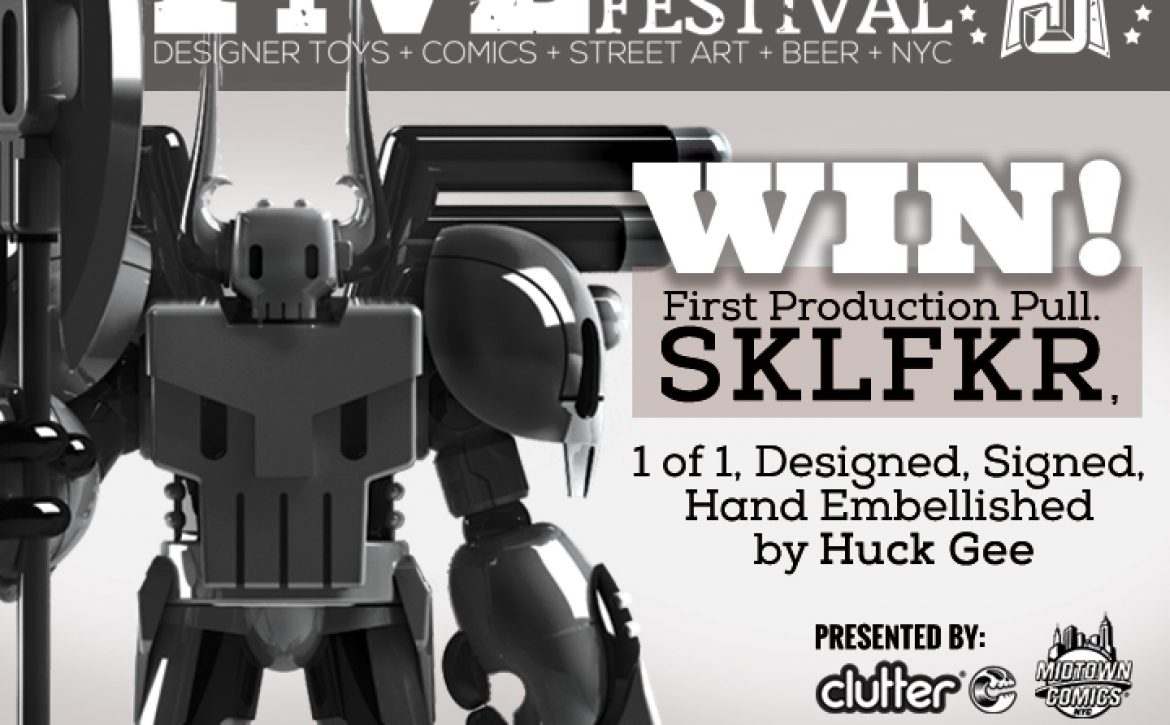 Meet the SKLFKR, a 20″ tall, mecha, skull-laden, resin robot by Huck Gee! Five Points is very excited to give you the opportunity to win a ONE of ONE, first pull of this beast of an art toy!

Clutter and The Designer Toy Awards are excited to announce a brand-new project with Toy of the Year 2015, and Artist of the Year 2015 DTA winner, Huck Gee! Introducing – SKLFKR!! 20 inches of mecha, skull-laden, robotic Awesomeness.

As part of winning those prestigious DTA awards, Huck was provided a sponsorship to work with 3D printing technology to bring to life a brand new creation. Huck wasted no time and went to work. What came back blew us away!

To make this dream a reality we partnered with 3D sculpting and printing masters, CUBO  – the only team we knew could pull this off. Helping us bring this massive project to reality, Cubo 3D sculpted, rendered and printed this mighty beast. Not only that, they engineered and constructed a series of 3D printed gaskets in order to make it plug together and give it 7 points of articulation!!

Literally standing at 20″ tall, this piece will be cast in resin and hand assembled here in NYC by Clutter Studios. More release information will be announced soon.

Over a year in the making and it’s a Giant!

“Because mechs and laser beams. Because skulls, spikes and giant axes. Because destroy. Because crushing it. Because SKLFKR.” – Huck Gee

As part of its release into the world,  Five Points Festival is giving away the very special first pull of this monumental release! To enter the competition visit the Facebook Page here. Good Luck!!