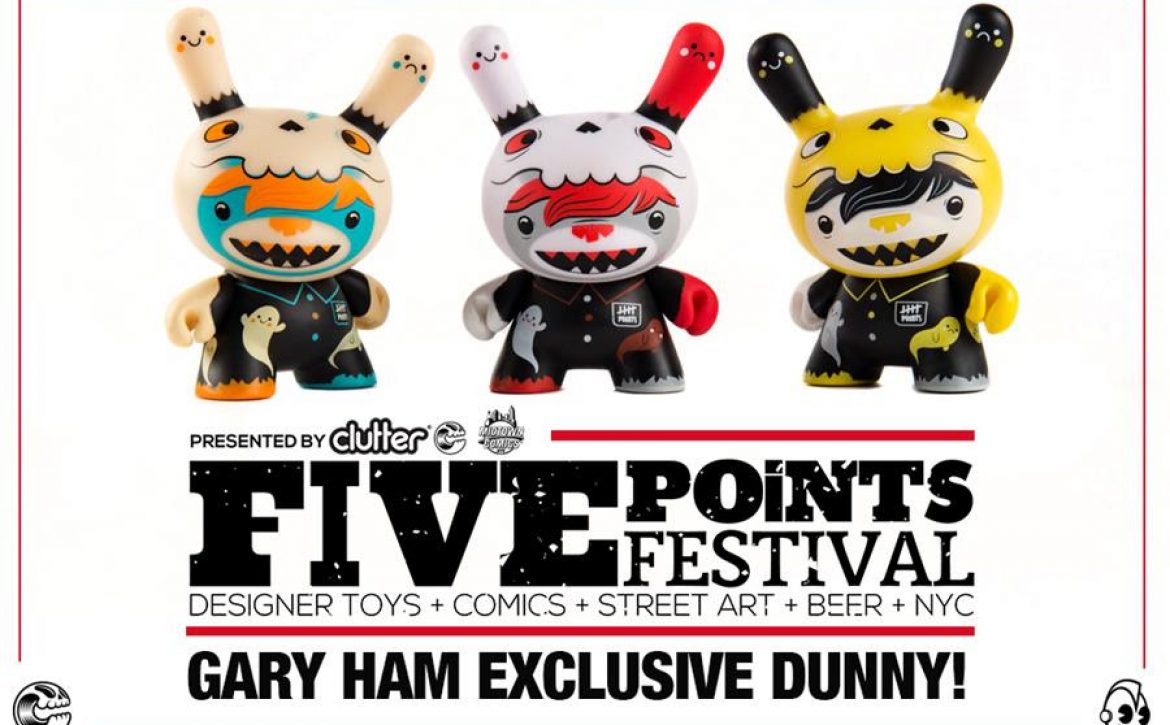 Announcing the first ever Five Points Dunny!  Designed by Gary Ham and produced by Kidrobot!

Available in three colors, 3″ tall, and limited to 1000 pieces total (across the three versions), the Ghost Rider inspired design is the first production Dunny created by Gary Ham released into the world! Limited to just 250 pieces total. This is the ONLY way to secure this colorway, making the VIP package extremely sought-after!

NOT ONLY THAT… the Five Points VIP Ticket also includes;

A VIP Preview/Early Access – Get in an hour early both days to get first dibs on show exclusives – and you know there will be a ton!

Private Entrance – Roll in from your own entrance – PIMPIN’